We are an evidenced based chiropractic and massage therapy clinic that has been serving the Halifax Regional Municipality since 2002. At Armdale Chiropractic our goal is to determine what is causing your pain, treat the areas of discomfort and then educate you in how to keep your pain from returning through rehabilitative exercise and postural advice.

We offer our patients the convenience of direct billing whenever possible and remind you that you do not need a medical doctor’s referral to come to our clinic for chiropractic treatment. We have early morning, lunchtime and late evening appointments for your convenience and pride ourselves on being on time for you scheduled appointment because we realize your time is important. 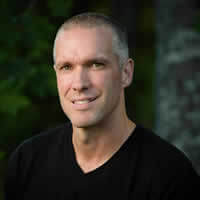 Dr. Peter Carey is originally from Stephenville, Newfoundland but now calls Hammonds Plains, Nova Scotia home. He obtained a Bachelor of Science degree from Acadia University in 1999 and graduated from the Canadian Memorial Chiropractic College in 2003. In addition Peter was certified as a Strength and Conditioning Specialist in 2002.

When not busy at the clinic, Peter can usually be found hanging out with his wife Michelle and daughters, Grace and Lauren. 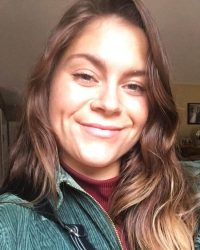 Janice Fleet was born and raised in halifax while also mixing in some military family moves in her younger years, taking her across Canada. She has grown up participating in many sports including dance, swimming, cross country, badminton, and most favoured, rugby ( named captain grades 11 and 12).

She continues to live an active lifestyle in the forms of weight training, running, skiing and playing on a club rugby team. Her education after High School has included a year studying Kinesiology at Acadia University, a semester studying Arts at Saint Mary’s University and Graduating from ICT Northumberland College of Massage Therapy.

A commonly thought motto of hers is “health is wealth” as she applies this to herself and wishes to do the same for others by aiding them in the areas she has been trained.

Dominic Pautel was born and raised in Halifax and is a graduate of the ICT Northumberland College of Massage Therapy. He believes through deep to moderate tissue work he can aid in the process of decreasing pain, while establishing more functionality and balance in client’s day to day lives.

Having experienced what repetitive and strenuous movements can do to the body, he is eager to share his knowledge with clients to help establish grounded health and longevity within the body and mind.